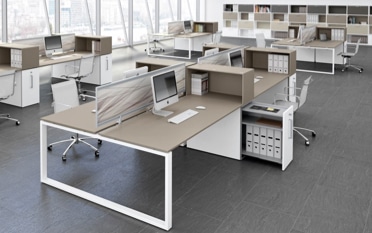 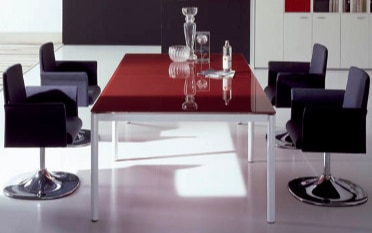 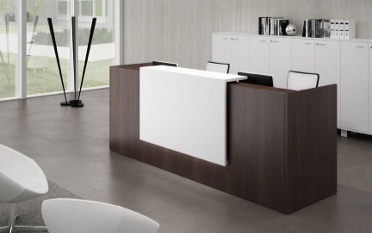 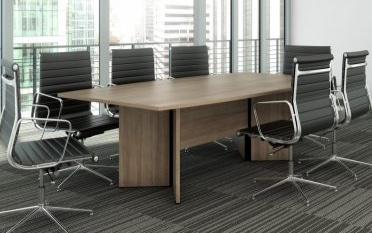 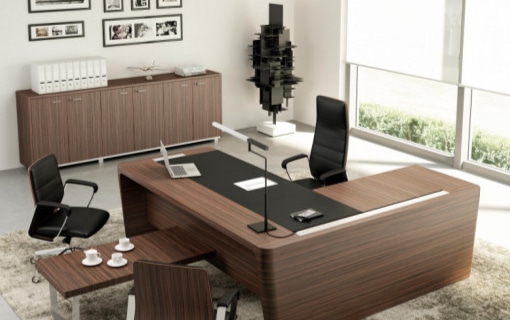 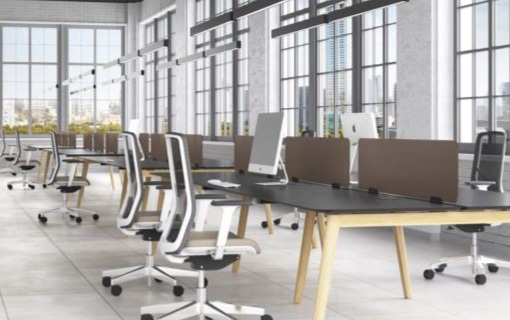 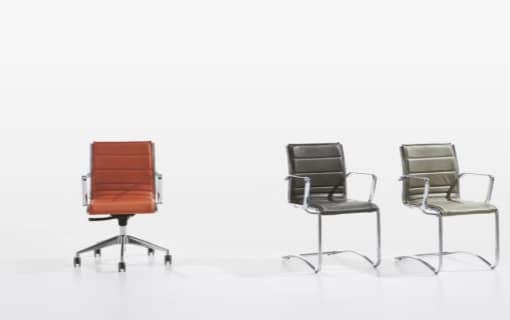 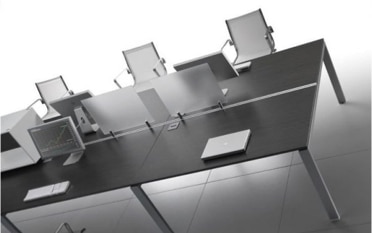 The world is ever in flux, but it feels like it’s even more in a mood of change at the moment. The old world is out; the new world is in. And nowhere is this more keenly felt than in the working environment, which has been revolutionised thanks to the internet.

The digital revolution has enabled new kinds of companies to sprout up, and they’re unlike anything that has come before.

And of course, because they’re so new, they need to have a modern office.

So what exactly does a modern office have?

Below, we take a look at a few of the staple ingredients that go into creating the new look. When you’ve decided what you want, you can check out our range of offerings.

You have to feel slightly sorry for the office workers of the olden days. They were putting in long hours, but all they had was a stiff chair to sit down on. After several hours of work, they’ll have wanted nothing more than to simply…not be sitting down on these chairs anymore. That all began to change over the past few decades, with an emphasis now on quality seating.

Since people are working longer than ever before, the modern office places great importance on the worker’s ability to put in the long hours.

If you want to have a modern office, then make sure you’re buying your furniture with one eye on comfort, not just on what looks good.

Better For Your Health

It took us probably longer than it should have to figure out that sitting down all day wasn’t all that good for our health.

As we mentioned above, people are working longer than ever before, and if they’re sat down all day, they’re at increased risk of developing diseases such as diabetes, heart disease, and high blood pressure — not to mention at risk of having all-around poor health.

More and more, modern offices are making it easier for their staff to stay healthy by offering sit-stand workstations, like this one. Rather than simply sitting in one place all day, these desks allow the worker to either sit or stand as they work.

Your employees are, well, your workers, but that’s not all they are — they’re also individuals, and this is becoming recognised more and more by companies, who know that a human who sees themselves in their surroundings will do more than one who doesn’t.

As such, it’s a good idea to let your workers outfit their desks with personal assets, such as photographs, plants, or whatever it is. You may also want to let them choose their own furniture. They may have a better understanding of what will help them work their best than you do.

There was once upon a time when companies encouraged their workers to focus on their work alone. That was the period when everyone worked in their own cubicle or office.

We understand that some of the best ideas are first filtered through group work. But in order for this to happen, it needs to be easy for collaboration to happen.

Office furniture in forward-thinking offices is therefore characterised by open plan and multi-use desks, like this cluster desk, which make it easier for people to work together.

It’s all good and well getting into a working groove in a steady place, but it’s also true that places can feel too familiar. When that feeling strikes, it’s always a good idea to mix things up, and working elsewhere.

As such, you may want to consider setting up a more communal working space, with large benches and tables, where your workers can retreat for an hour or so when they need to think more creatively/differently to kick their work into gear.

Modern offices aren’t only places of work, or at least they try not to be. If they are, workers leave the premises as soon as they’re done with their working day, and on their breaks.

Rather, companies try to offer more than a workstation.

That’s why many people create “work-free” zones, which have comfortable seating and other fun features (for example, a ping pong table). The idea is that if they’re in the office for longer (as opposed to leaving to relax elsewhere), then they’ll naturally work harder.

Let’s also think about the style of modern offices and furniture.

It’s not just the type of furniture (for example, ones that emphasises comfort, collaboration and so on), but the actual look. To understand what the modern office looks like, it’s best to put it in some context, by way of comparison.

Think of a traditional office environment, offices prior to 1960, which were characterised by deep wood. The furniture was bulky.

Today, it may still be wood, but it’ll be contrasted by a lighter, brighter, more metallic decor, and it’ll be the opposite of bulky — it’ll be sleek: just check out this one, for example. There’s a greater emphasis on design, essentially than what we saw in the past.

Finally, let’s think about what’s on the walls.

Does it inspire, or is it just the same old, boring office decor?

Instead of those grey, blank walls, look at adding works of art or other creative touches. It’ll have a subtle but powerful influence on the productivity of the worker. A bit of colour goes a long way!

There’s a reason why modern offices have shifted away from the more traditional workspace designs: they’re more fun to be in, people work more productively, and they allow the company to put their own spin on things.

Rather than being “just another office,” modern offices in more in tune with the unique needs that the company has. If you want to give your office an update, look at incorporating some of the tips outlined above. 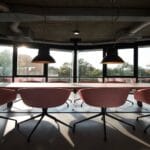 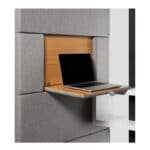 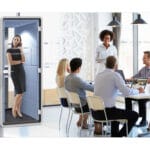 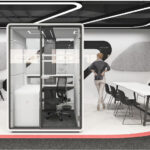 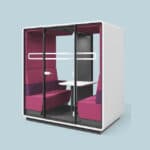 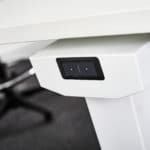 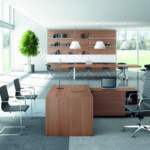 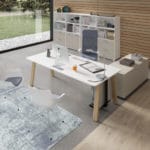 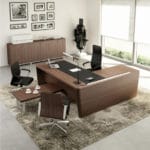 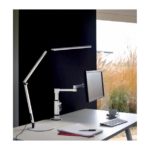 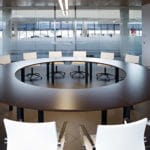 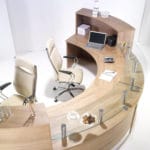 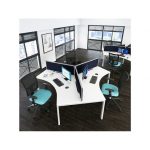 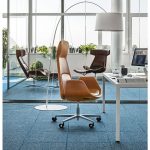 or alternatively complete the form below